You are here: Home / Advisory Board / Art Pappas, MBA 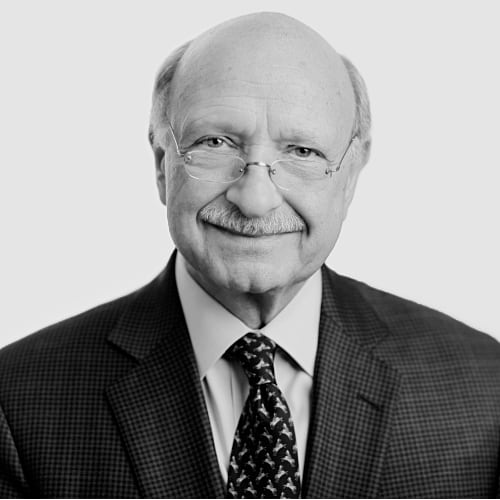 Art has over 35 years of operating experience as a pharmaceutical and biotechnology industry executive, and venture capital investor in life science companies. Art founded Pappas Capital in 1994, and over the past twenty-five years the firm has managed more than $540 million in capital and invested in more than 75 life science companies through its flagship Pappas Ventures business unit, as well as its Specialized Fund Management business unit.

Art currently serves as a director for Arix Bioscience, Aura Biosciences, OrphoMed and Reneo Pharmaceuticals, and as a board observer for Amplyx Pharmaceuticals, Balance Therapeutics, Milestone Pharmaceuticals and Real Endpoints. Prior to founding Pappas Capital, Art held senior level leadership positions at several multinational pharmaceutical companies for which he was responsible for the development, licensing and launch of a number of global products. He was an executive member of the board of directors of Glaxo Holdings plc (NYSE: GLX, now GSK), and served as Glaxo’s chief executive responsible for international operations including research, development and manufacturing. Prior to Glaxo, Art was Vice President of Commercial Operations for Abbott International, and he held various executive and general management positions with Merrell Dow Pharmaceuticals and the Dow Chemical Company, in the United States and internationally. He previously served as Chairman and founding CEO of CoLucid Pharmaceuticals (NASDAQ: CLCD) (acquired by Eli Lilly in 2017), and on the boards of Afferent Pharmaceuticals (acquired by Merck in 2016), Chimerix (NASDAQ: CMRX), Quintiles Transnational Corp. (NASDAQ: QTRN, now NASDAQ: IQV), TYRX (acquired by Medtronic in 2013), Syntonix Pharmaceuticals (acquired by Biogen IDEC in 2007), LEAD Therapeutics (acquired by BioMarin in 2010), CardioDx, and Embrex (NASDAQ: EMBX) (acquired by Pfizer in 2006). He also served as a board observer for Kezar Life Sciences (NASDAQ: KZR) and Plexxikon (acquired by Daiichi Sankyo in 2011).

Art is a member of the Board of Directors of the North Carolina Biotechnology Center, where he is a past chair, and the Medical University of South Carolina Foundation for Research Development. He is a member of the Board of Trustees of The Wistar Institute (a National Cancer Institute center), the Board of Advisors of the Duke Cancer Institute, and the Advisory Board of the BioExec Institute. He is also a member of the CEO Roundtable on Cancer and BayHelix, an organization of global life science community leaders. He previously served on the Board of Directors of the National Venture Capital Association. Art is a decorated Vietnam veteran, having served as an officer in the US Army 101st Airborne Division and 2nd PSYOP Airborne Group JFK Special Warfare Center. Art received a BS in biology from The Ohio State University and an MBA in finance from Xavier University.