You are here: Home / Board of Directors / Jean-Pierre Sommadossi, Ph.D. 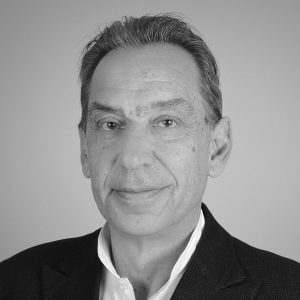 Jean-Pierre has over 30 years of scientific, operational, strategic and management experience in the life science industry. Previously Jean-Pierre was the Principal Founder of Idenix Pharmaceuticals, Inc. (NASDAQ: IDIX) and a Co-Founder of Pharmasset, Inc. (NASDAQ: VRUS). Both of these companies were acquired; Idenix by Merck for $3.85 billion in 2014 and Pharmasset by Gilead for $11 billion in 2012.

Jean-Pierre is currently the Founder, Chairman and CEO of Atea Pharmaceuticals, a biotech, which has successfully attracted more than $70 million in equity investments over the past three-years.

Prior to his entrepreneurial career, Jean-Pierre was on the faculty of the University of Alabama at Birmingham School of Medicine since March 1985. He served as a Professor of Pharmacology, Toxicology and Clinical Pharmacology from June 1992 to November 2000. He has authored over 180 peer-reviewed publications and holds more than 60 US patents related to the treatment of cancer and infectious diseases. Jean-Pierre holds a Pharm. D. and Ph.D. in Pharmacology from the University of Marseilles, France and was a post-doctoral Fogarty fellow at the National Cancer Institute and the Medical College of Virginia and is a recipient of a Faculty Award from The American Cancer Society.