You are here: Home / Advisory Board / Barbara Yanni 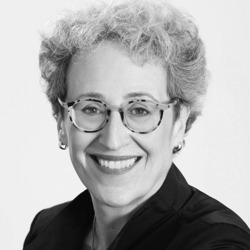 Barbara Yanni has over thirty-five years of experience in pharmaceuticals and biotechnology. She currently serves as an independent director of three public clinical-stage biopharmaceutical companies: Trevena (NASDAQ: TRVN), Vaccinex (NASDAQ: VCNX) and Akcea (NASDAQ: AKCA). Barbara was been a board member of Abionyx (Paris: ABNX) and Symic Bio, a private biotech company.  Barbara retired from Merck & Co., Inc. in 2014 after 12 years as Merck’s Vice President and Chief Licensing Officer.

Barbara and her licensing team at Merck successfully structured and negotiated agreements to acquire rights to over 150 compounds, programs and technologies to enhance Merck’s pipeline.  Barbara greatly increased Merck’s visibility as a preferred partner – Merck was named “best biopharma partner” in an independent survey by Boston Consulting Group. Barbara maintains extensive contacts throughout the industry.

Barbara began her career as a tax lawyer and then transitioned to Finance while at Merck, first as Director of Benefits Financing and subsequently as Senior Director of Financial Evaluations and Analysis where she evaluated the financial aspects of acquisitions, joint ventures, licenses and other transactions. Before joining Merck in 1985 Barbara was a tax lawyer in New York City.

Barbara has a JD from Stanford Law School and an AB from Wellesley College where she studied Physics and Latin. She also holds a Masters of Law in Taxation from New York University.